Paddling and Playing on Whiskey Creek in Dania Beach:

What’s in a new name?

The new name is to commemorate two civil rights activists who worked to integrate beaches for all to enjoy. The new name reflects the combined efforts of civil rights leaders Dr. Von D Mizell and Eula Gandy Johnson, both of whom played key roles in the creation of what would later become today’s park. Firstly in the establishment of a “colored” beach and eventual road access to the current location. Secondly, both were then instrumental in the desegregation of Ft Lauderdale’s beaches in the early 1960’s! Although done for a good cause, the name change met with some controversy as neither John Lloyd’s widow nor his heirs were even notified. It is unfortunate that John U. Lloyd’s name has been completely dropped, since as an attorney, he was ultimately responsible for transferring the undeveloped property into the state parks system to keep it out of developer’s hands. This is why the park had been named after him since 1976! Hopefully his long standing name can be re-instated on another level, perhaps as a new name for the Dania Beach Blvd bridge as has already been suggested! 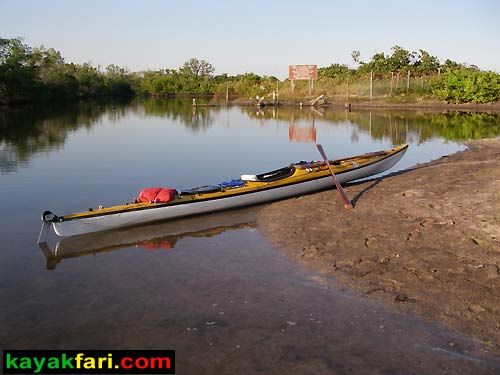 Revised and Updated for your Paddling Pleasure!

© 2016 Flex Maslan / kayakfari.com / awakenthegrass.com . All original photographs, artworks and music in this portfolio are copyrighted and owned by the artist, Flex Maslan, unless otherwise noted. Any reproduction, modification, publication, transmission, transfer, or exploitation of any of the content, for personal or commercial use, whether in whole or in part, without written permission from the artist is strictly prohibited.