We came, we paddled, we Whipped It!

Local paddlers “Kayak Ted” and “Kayak Whitney” of the South Florida Kayaking meetup group once again organized a group paddle of this parade that has become a year-end paddling highlight and an annual South Florida kayaking tradition!

This is THE boat parade to see in South Florida and it’s always a special treat to be a part of it!

so the powers that be decided that we would appear as DEVO! 😮 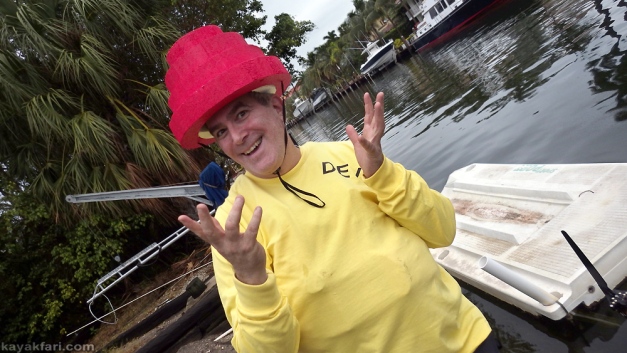 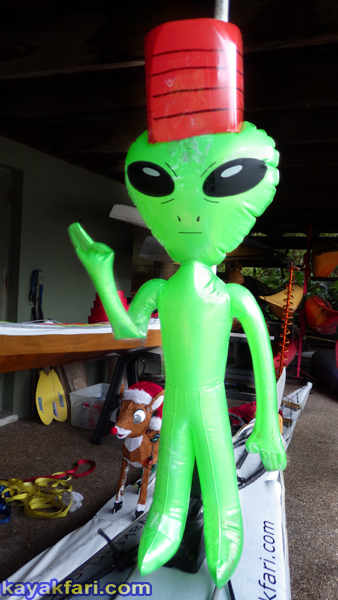 Clark Griswold would be proud!

Sights along the New River in downtown Ft Lauderdale. 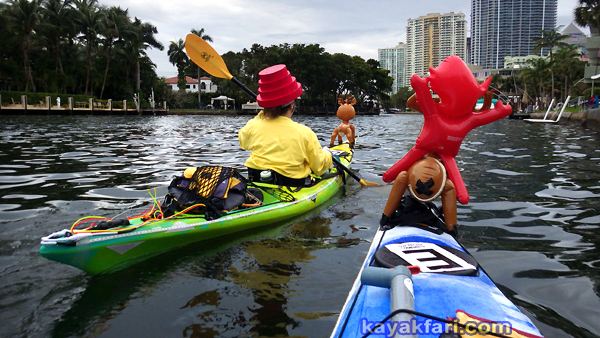 Paddling up towards downtown Ft Lauderdale to the start of the Parade.

Kayaker Chelsea K. and Rudolph on the New River in the Mojito. 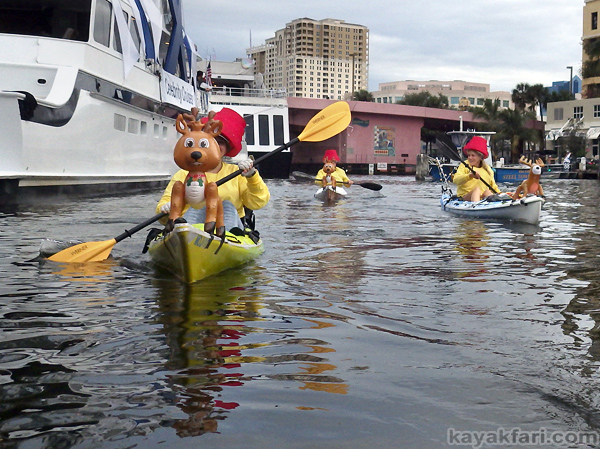 It’s a Devo and Rudolph mania on the New River!

The CLOUD9 decked out for the DEVO Parade! 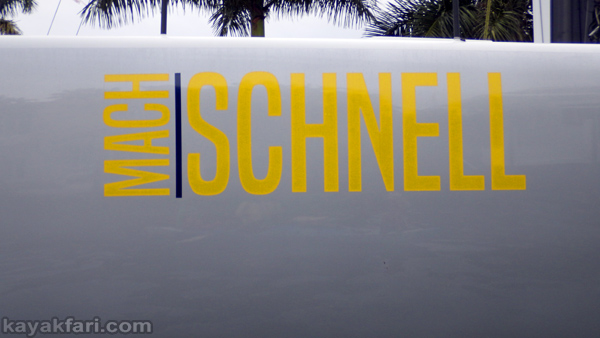 We must hurry up to make it to the start of the Parade in time! 😉

My loud whistle assortment for the Parade. I will be deaf in a couple of hours~

Yes, Rudolph is DEVO all the way!

Time to paddle. We always lead the Parade ahead of all the powerboats! 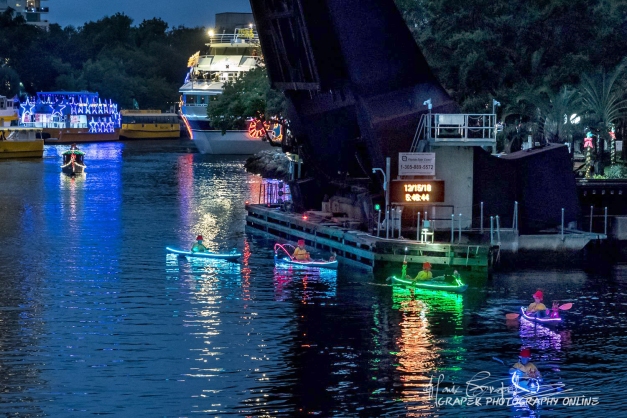 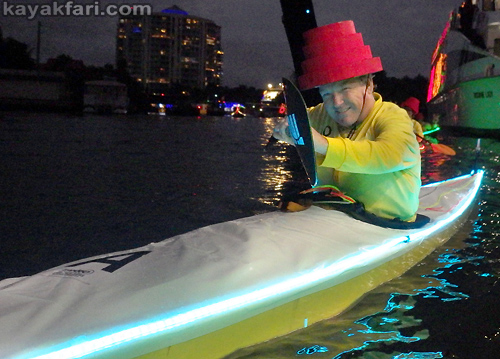 Kayak Whitney says the Parade is ON and YOU must ..

You must Whip It! 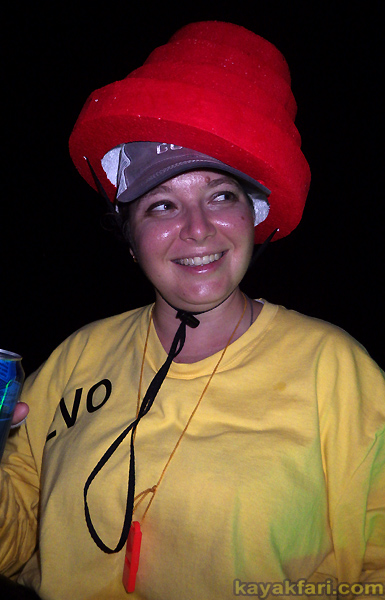 WSVN TV crew and boom camera as we paddle by. Hopefully we made it on the show! 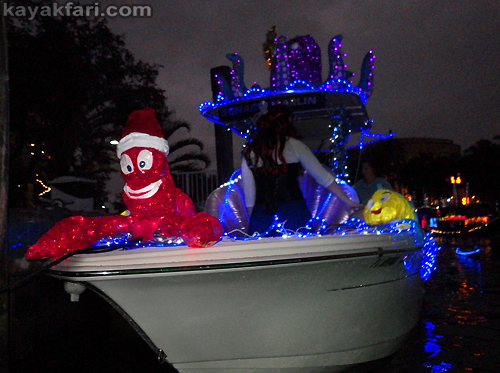 All the boats lined up for the 2018 Winterfest Boat Parade through Ft Lauderdale.

Being a part of the Winterfest Boat Parade is our Christmas Story! 🙂 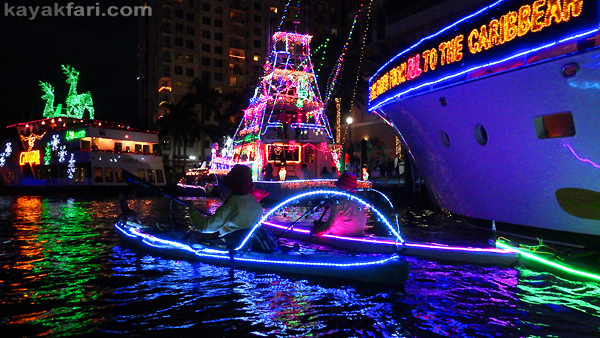 Paddling on a river of living color Christmas lights.

Into the night we go! Here we are about to whip it good!! 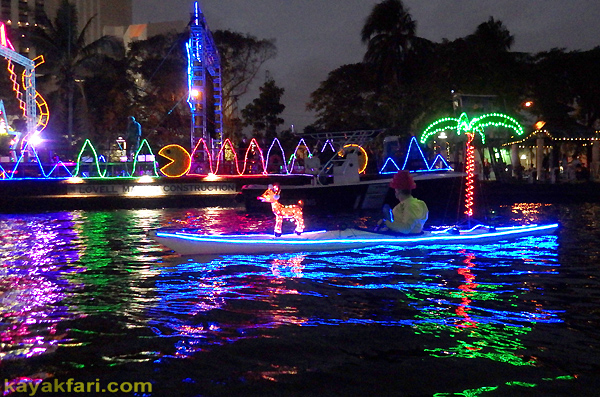 Paddling past all the Parade boats, soaking in all the lights!!

I hope the floating band covered “Whip It” as part of their 80’s repertoire! 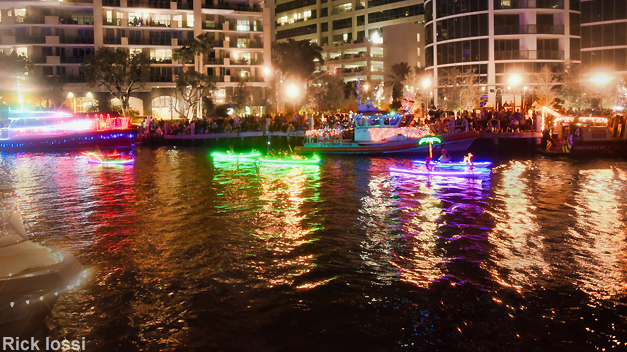 Excellent pic of us at the 2018 Winterfest Boat Parade – that’s me on the left in green! 🙂
Image from Rick Iossi, used by permission.

When a good time turns around, You must whip it!

You will never live it down, Unless you whip it! 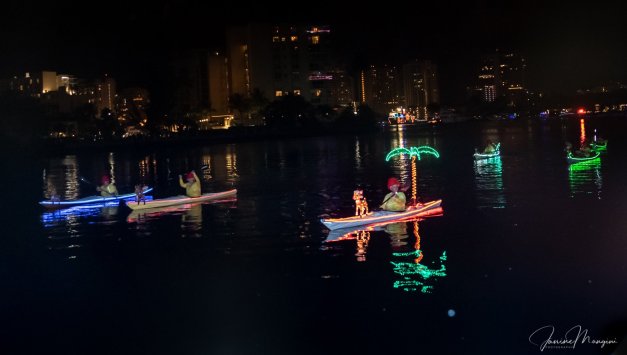 Bird’s eye view of our kayak flotilla perfectly reflected in the mirror-black finish on the hull of a mega yacht.

This year we received possibly the best coverage of us paddling the Winterfest Boat Parade – ever!

Many thanks to Howie Grapek, Rick Iossi and Janine Mangini for the great pics!! 🙂

Are we not paddlers? We are DEVO !!
Image from GRAPEK Photography Online used by permission. 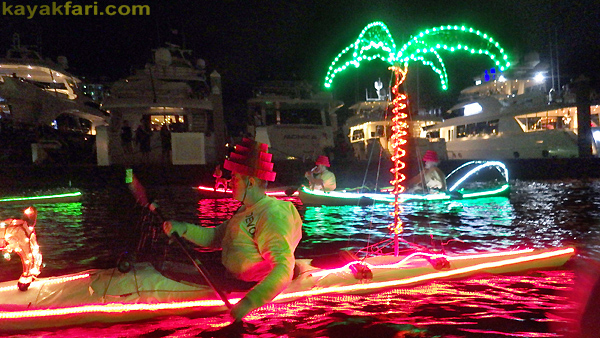 Whipping up the Christmas lights at the 2018 Winterfest Boat Parade.

I am whipping it good at the 2018 Winterfest Boat Parade. 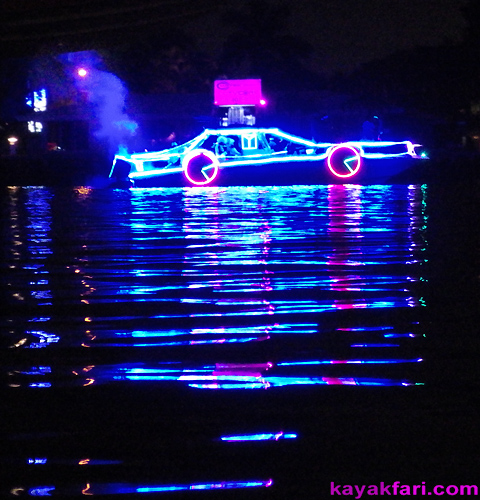 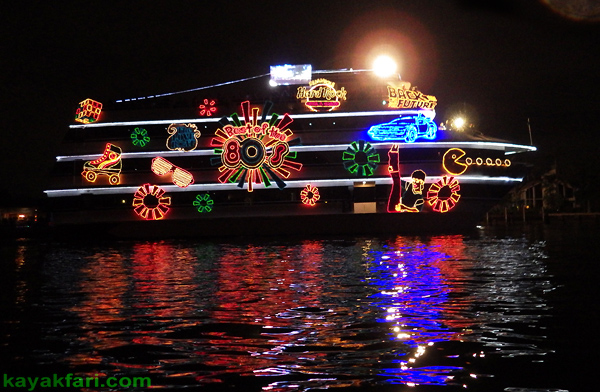 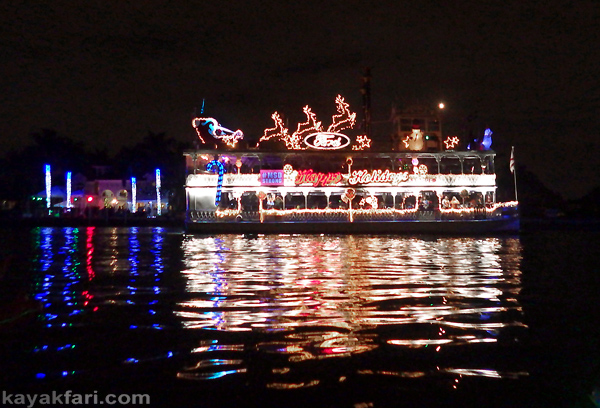 Enjoying the Winterfest Boat Parade passing by in front of us!

Now whip it
Into shape
Shape it up
Get straight
Go forward
Move ahead
Try to detect it
It’s not too late
To whip it
.

Filming the filming of the passing Parade boats.

Rudolph watching the Parade go by. 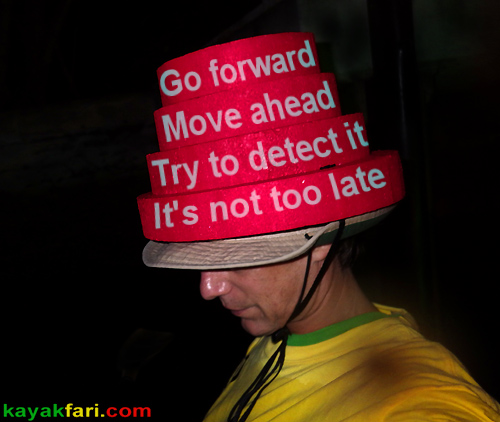 Royal Palms lit up in Christmas lights for the Holidays!

Excellent quality video shot at Commercial Blvd covers the Parade highlights. We are not in it since we paddled up to just shy of Oakland Park Blvd and then back. It does cover the SUP paddlers who did a one way run up the intracoastal.

A BIG thanks to Kayak Whitney, Kayak Ted, Winterfest and

all of Ft Lauderdale for another great Holiday paddle on the water.

See you all next year!

Click below for more highlights from past Winterfest Boat Parades:

Kayaking a Parade of Lights! 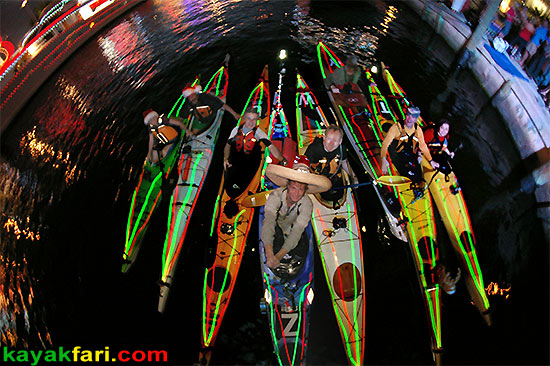 © 2019 Flex Maslan / kayakfari.com / awakenthegrass.com. All original photographs, artworks and music in this portfolio are copyrighted and owned by the artist, Flex Maslan, unless otherwise noted. Any reproduction, modification, publication, transmission, transfer, or exploitation of any of the content, for personal or commercial use, whether in whole or in part, without written permission from the artist is strictly prohibited.