The Red Bull Flugtag are a series of summer events held in cities around the world where teams compete to build and “fly” outrageous and often whimsical flying machines in front of a large, live audience. The Miami edition, now in it’s fourth year is held is Biscayne Bay, just off Bayfront Park in downtown Miami, Florida. It brings out upwards of 100 000 people, and the best way to see and enjoy it is on the water, right from the seat of your kayak, canoe or SUP!

Paddling out to the Red Bull Flugtag is easy,  you mingle with the boat crowd, and then you can easily get right in front and find the best seat in the house. It’s a fun and festive atmosphere!

Is it Red Bull that gives you wings??

Flugtag paddle route is just a lil over 2 miles. 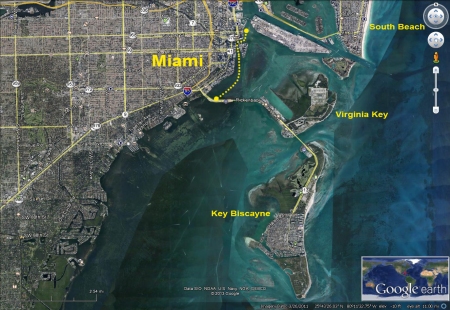 Flugtag route in relation to Miami and Key Biscayne.

A great place to launch is only a couple of miles away, on the north side of Rickenbacker Causeway, before the big bridge. Sometimes known as “Santeria Beach”, it is as yet “unimproved” (unlike the southern shoreline), thus parking is free-range and there’s ample shade provided by the tall (marked “invasive”) Australian Pines. Best of all, you’re not stuck on land, nor do you have to deal with any boat ramp mayhem! 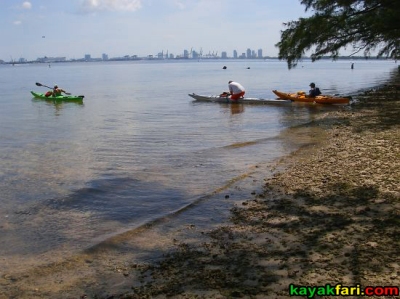 Launching off Rickenbacker Causeway with the Miami Kayak Club.

By launching off Key Biscayne before the big bridge, you also avoid 99% of all motor boat traffic esp. if you cut inside to the mouth of the Miami River.

Paddling out on a fat super-stable sit on top kayak offers comfort, stability and utility for a short paddle like this!

Sitting on Top by the Bay!
A tribute to Rosie and all the plus sized kayaks out there – she’s a whole lotta Kayak!
CLICK for story!

“What the Flugtag are YOU doing down there?” 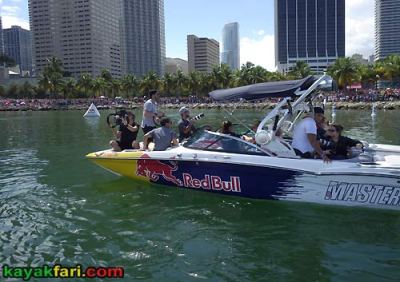 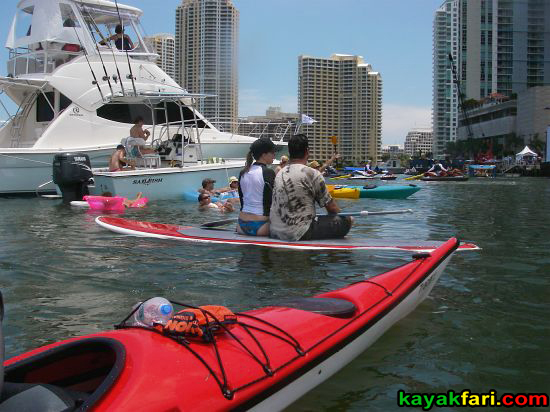 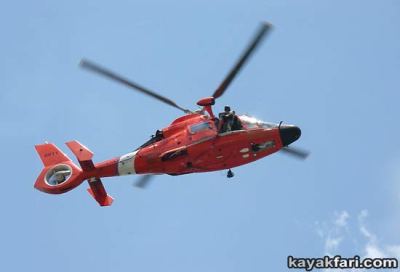 The Coast Guard puts on some cool demonstrations over the crowds. However they once came down too low, and capsized several kayakers! I’ve witnessed this a couple of times more where kayaks and Coast Guard helicopters were involved. At least one person lost his DSLR cam and lens overboard! 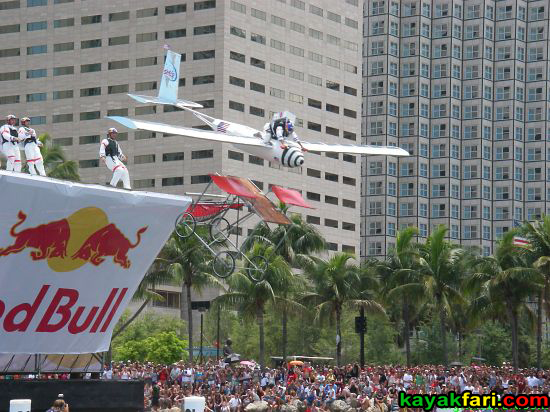 This one was a good flyer, if I recall .. 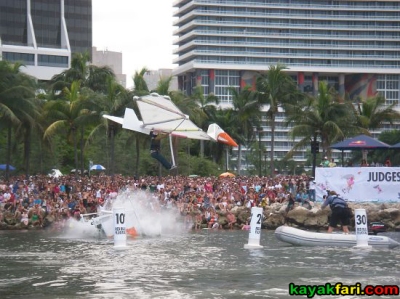 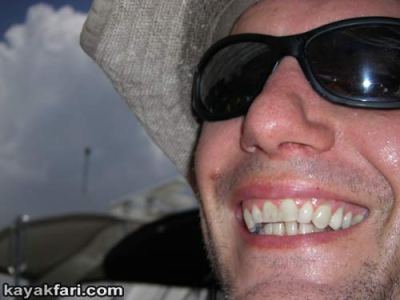 Is it the Red Bull that gives you wings? 😉

The Red Baron went straight down!

“What the Flugtag are YOU doing down there?” 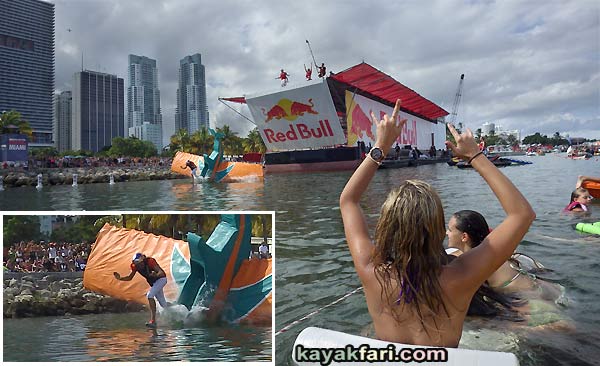 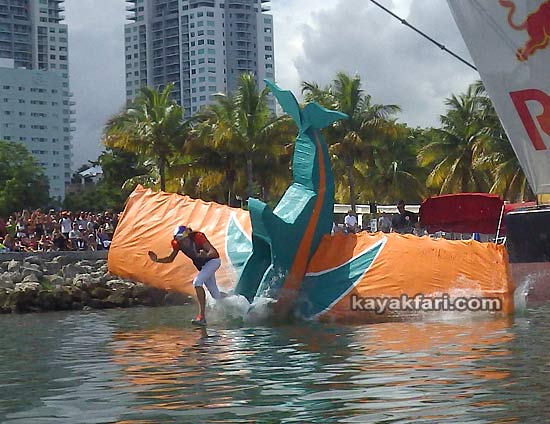 Another set of wings in the water ..

Mr Red Bull strikes a pose as I swim through the boater crowd!

There were lots of media photographers and people taking pics. Sometimes you can get lucky and find yourself in the crowd! Check out these awesome aerials here and here from MayDayRelay‘s photostream.

A happy paddler from the Miami Kayak Club. 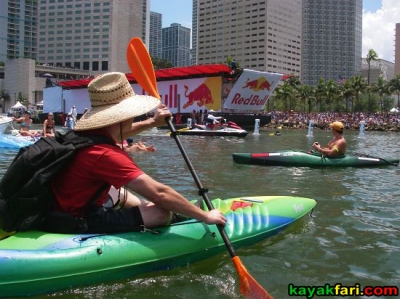 Kayaks, Canoes, SUPs and inflatables of all shapes, colors and sizes mix well at the Miami Red Bull Flugtag

It’s a good idea to leave a little early to avoid the exhaust fumes and motor boat traffic as you weave your way out the the boating area. Then take the same route back!

© 2013- 2016 Flex Maslan / kayakfari.com / awakenthegrass.com. All original photographs, artworks and music in this portfolio are copyrighted and owned by the artist, Flex Maslan, unless otherwise noted. Any reproduction, modification, publication, transmission, transfer, or exploitation of any of the content, for personal or commercial use, whether in whole or in part, without written permission from the artist is strictly prohibited.