Going back ten years in time to find .. DEVO ? 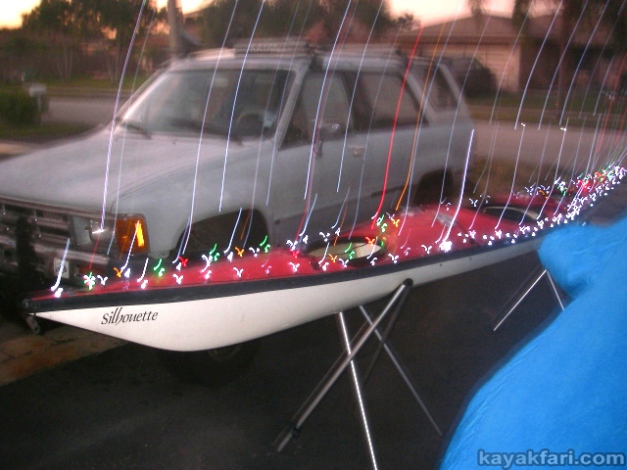 Testing out my Christmas lights setup on my vintage Nigel Foster Silhouette with my old Toyota 4Runner kayak carrier vehicle.

The Parade route has not changed since 2007 when it was extended to start in downtown Ft Lauderdale rather than by Port Everglades in years prior to that. I have personally paddled the Parade every year since then except for 2012 when I was only “spectating”. However my Parade paddling goes back to 1997 or ’98 with the ol’ “Waterways Kayak” crew! It was also about 10 years ago when the Parade organizers started placing all human powered craft at the head of the pack. So as paddlers, we are always leading the Winterfest Boat Parade! 🙂

Read more about paddling the Parade:

The lights are ON for safety! 😉 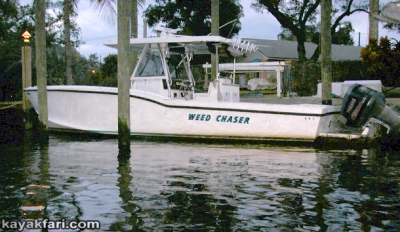 What’s in a name?

Over the years, the Winterfest Holiday Boat Parade has become of the top 20 world-wide Parades to see with over ONE MILLION cheering spectators lining the route. Since we are always leading the Parade, we paddle armed with loud whistles to garner their attention! 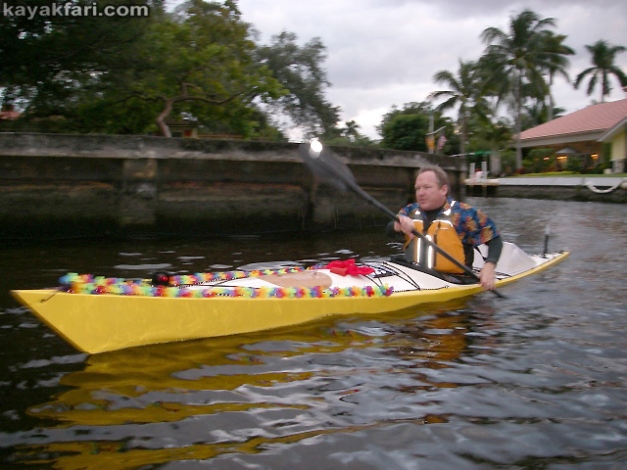 Appropriate to the theme, Whitney installed a waterproof boombox in the stern of his wooden sea kayak! 🙂

No ghosts, just some of the Winterfest paddlers of Christmas Past.

2008 marks the first year running the Parade with the South Florida Kayaking Meetup group with a nice flotilla of 12 – 15 boats. BIG thanks to both Whitney and KayakJeff.com for organizing! 🙂 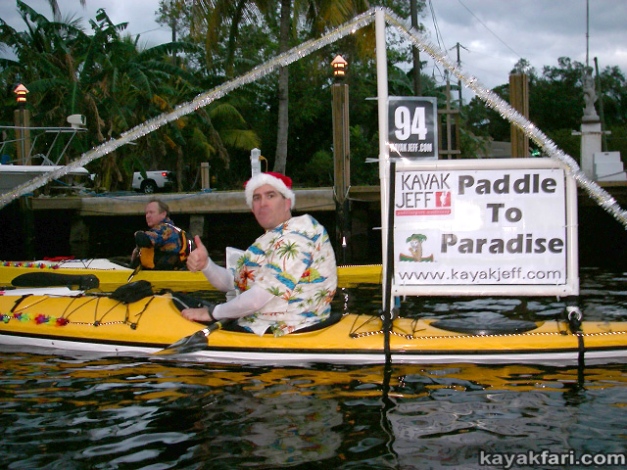 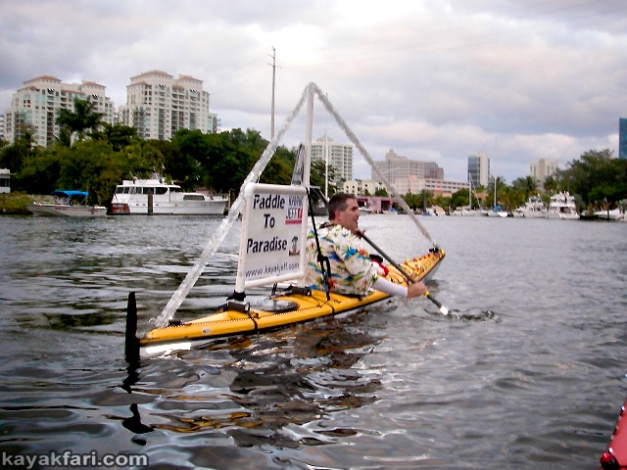 At the staging area in downtown Ft Lauderdale.

Our flotilla lined up at the at the start of the 2008 Winterfest Holiday Parade!

Kayak Gina and Rolando at the 2008 Winterfest Christmas Parade. 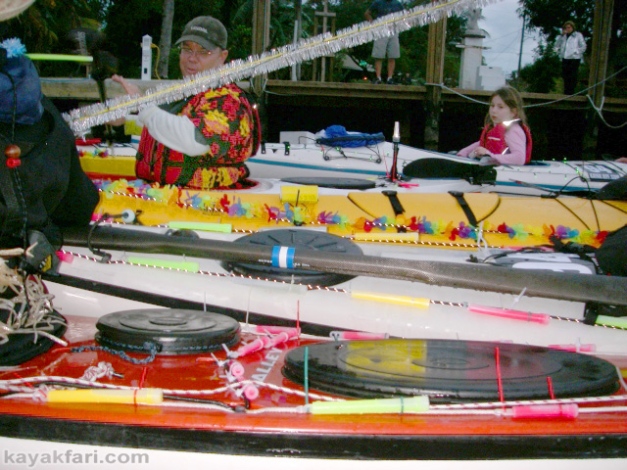 Colorful kayaks and Christmas decorations at the 2008 Winterfest Boat Parade. 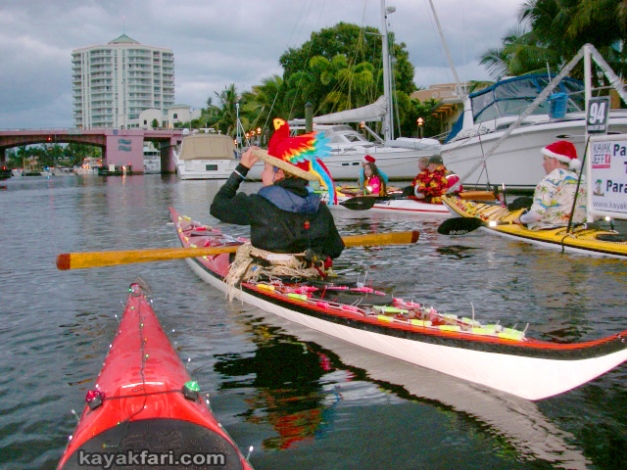 Lissette is ready to rock it out with her Parrot Head!

The 2008 Parade is about to start with Ted flying the KayakJeff banner on the stern of his kayak.

The 2008 Winterfest Parade run started out uneventfully enough and it was all fun and games until the Coast Guard helicopter showed up. Intending to show off their rescue skills, the chopper came down very low. It came down so low that it had put all of us at risk. The prop wash was so strong that we had to brace and poor Ted went swimming once a gust took hold of the large banner on his stern! Fortunately Ted was able to quickly re-enter his kayak with the assistance of other capable paddlers. The Coast Guard pilot took the helicopter down way too low, and should have known better. There’s no way to effectively brace against a prop wash if close enough, and it was a serious risk to all paddlers. A similar incident happened at the Red Bull Flugtag event in Miami where other paddlers also went swimming and one lost his DSLR camera kit overboard because of another low flying helicopter!

These rowers were moooving!

Is it DEVO time?
Catching up with another Parade paddling group who adopted the Devo look for the theme.
Will 2018 be the year of DEVO again? – YES!!

Happy Holidays from the water!

Catching up with Kayak Cal from the “Waterways Kayak” crew who made a cameo appearance paddling the 2008 parade.

The Kayak Jeff and Fernando in festive Holiday spirits.

As they say time flies yet I am happy for the fond memories of the many Parades I’ve had the pleasure to participate in.

I’d like to thank both Whitney and Ted for keeping this thing going for ten years now!!

In 2018 we are still getting into the spirit of the season and paddling the Winterfest Holiday Boat Parade spreading Holiday cheer to the people of Ft Lauderdale!  🙂

My Christmas lights still glowing at the end of the Parade in 2008.
The End.

Read more about paddling the Parade:

© 2018 Flex Maslan / kayakfari.com / awakenthegrass.com . All original photographs, artworks and music in this portfolio are copyrighted and owned by the artist, Flex Maslan, unless otherwise noted. Any reproduction, modification, publication, transmission, transfer, or exploitation of any of the content, for personal or commercial use, whether in whole or in part, without written permission from the artist is strictly prohibited.